Cakes and other pastries on display at the ECT Cake Show 2019.

“Let them eat cake!” A quote normally misattributed to French Queen Marie Antoinette, she supposedly said it when informed the starving peasants outside the palace had no bread to eat.

While almost certainly nothing than anti-monarchy propaganda of the time, it was a quote that probably would have been fittingly uttered at the recent Eat Cake Today Cake Show 2019.

Held on Sept 19 in Equatorial Plaza, Kuala Lumpur, the show was meant to showcase the current trends in the world of cake-making and possible trends for next year.

Eat Cake Today (ECT) is a pioneering cake discovery and delivery platform in Malaysia, which allows customers to shop for quality cakes and have them delivered to their doorstep the same day.

With over 40 bakers onboard the platform and some 400 different cakes and desserts available, ECT is akin to Grab, but for cakes. During the show, dozens of cakes from various bakeries and academies featuring the latest and future trends were showcased.

With cakes of all shapes, sizes and colours, just looking at the large display of pastries was akin to peering through a kaleidoscope of sorts.

While some cakes have indeed already found their way onto shelves in mainstream Malaysian bakeries, other cakes that appeared on display have yet to hit the market but are likely to make quite the splash once they do.

In his opening speech, Ang Boon Chow, CEO and director of ECT stated that, “The Cake Show is about appreciating baking art, presenting a showcase of the crème de la crème of cakes that are hot favourites currently trending and tipped to be the next ‘IT cake’ in 2020.” A macaron tower which can be an attraction seeker on the dessert table.

According to him, the ECT Cake Show is also meant as a platform for young talented bakers to show their skills and put their hard work on display.

These young bakers, who have won multiple accolades on the international stage, were then given an opportunity to explain the inner workings behind their creations.

First up to introduce their creations were Chong Ko Wai and Lawrence Cheong, a pair of talented chocolatiers who demonstrated how they had crafted their chocolate pieces to resemble life-size everyday household objects and furniture. Boba pearls and milk tea oozing out of a cut boba lava cake.

Next to be given the countertop was Chen May Ling, whose sugar flowers which she made before her audience, were just as beautiful as actual flowers and appeared indistinguishable from the real thing.

Cindy Chan, a veteran baker with some 20 years under her belt and the founder of Baker’s Art, was then given the chance to explain the creation process for her geode cake, topsy turvy cake and some jar desserts.

The geode cake in particular, was a beautiful work of art, using sugar crystals to resemble the jagged texture of a geode.

The topsy turvy cake too was a sight to behold, with multiple layers skewed and slanted in a gravity-defying manner.

Edwin Chan was the next and final pastry chef to be given the spotlight, a young man who was eager to put on display his tower of colourful macarons. In a sign of the times, other than his lava cakes that came in the flavours of chocolate, salted caramel and pandan gula melaka, he also showed off his boba lava cake, which if cut, would reveal boba pearls that come oozing out in creamy milk tea.

Technology also has had its way with the world of pastry, as the projection mapping cake was also introduced during the cake show.

With the use of projected lighting, the cake itself is turned into a screen of sorts with colourful visuals providing guests with an unforgettable live animated experience.

Upon the conclusion of the demonstration, the audience was invited to take part in feasting on the cakes put on display.

Ranging from tasty croissants to a spicy nasi lemak cake, there was something for everyone to enjoy.

With such promising products by Malaysia’s finest, one can only wonder what lies ahead for the future of Malaysian bakeries.

Thank you Free Malaysia Today for featuring us!

Unique Halloween Treats To Spook Up Your Halloween Party!
Sep 28, 2022 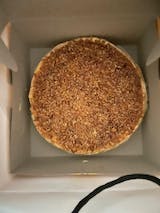 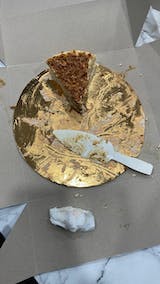 An exceptional experience of chocolate in every bite. This moist chocolaty cake is for all cake lovers. This baker has been consistent in food expectation and delivery of the best chocolate cake i have had. Its not the first time i have ordered this cake and will not be the last. 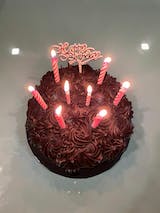 The cake was delicious and nice just that we feel that it was a bit sweet. A reduced sugar would be good or perhaps just drizzle the gula Melaka at the top instead of entire layer since inside there's already gula Melaka as well.

When you want to treat your nephew but dont want him to eat big portion of sugary foods. Haha,best decision I make. This is enough for him. 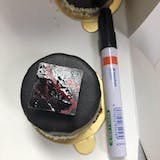 The cake appears as advertise. And the cream are not to thick and sweet.Might repeat it again